Ankit’ V3nom’ Panth is the nation’s biggest eSports stars, with over 55.5k subscribers on his YouTube channel, Ankit Panth’s young age is more to showcase than his skills.

Ankit, popularly known by his game name, V3nom, is considered to be one of the best CS:GO players in India.

Although he has mastered the in-game skills, is officially recognized as the Red Bull’s Official Esports Athlete, and India’s No. 1 Esport Gamers by NewsX.

From Ankit Panth to V3nom

V3nom started his gaming in a café located in Kandivali, suburbia of Mumbai, India. In his teenage years, he spent most of his time in a café with his friends in mastering the skills required in the game.

Meanwhile, his parents were not entirely happy in the beginning, soon realize the passion of young Ankit for gaming.

Soon he found several gaming teams after playing CS:GO professionally. The very first team he formed – when he was just 15 years old – was the amateur team Warriors Of Chaos (WOC).

Later while playing for WOC, V3nom met Aakash ‘RiX’ More – a famous player and a buddy friend on Ankit to date.

Down the lane, V3nom and RiX co-founded the player-owned Team Brutality and won their first major Counter-Strike 1.6 tournament.

After the launch of Counter-Strike: Global Offensive has won many tournaments under the title.

His journey has been an influence on many Indian Gamers. He is one of the few esports athletes who successfully turned their gaming passion into a profession.

“There was a time where people used to see me as a bad influence because I played a computer game, and they thought that I was just wasting my life and would never earn from this. I’m glad to say that I proved them wrong.”

Want to Earn Money By Playing Video Games in India?

Ankit As A Fitness Freak

While sitting most of the time next to a computer screen for 15 years might sound unhealthy to many; Ankit got his unique way out.

He successfully managed to balance his gaming and fitness habits to an extent where he has no glasses; muscle flexes just say it all.

How much does Ankit Panth earn?

According to Social Blade, Ankit Panth earns around $1.5k – $5.8K Monthly from Youtube. Not only that, his salary working for Team Brutality includes 300k INR per month; excluding gaming house with electricity, rent, and accessories.

Everything You MUST Know about Rohan Ledwani (2022) 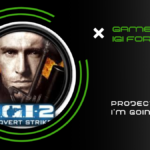 15 Best Similar Games Like IGI For PC
Next Article Everything You MUST Know about Rohan Ledwani (2022)