“Giving Up is the easy way out”

We’re living in an era that has seen a technological explosion giving a major boost to hundreds of industries. One of these industries is E-sports which has generated a whole new set of employment opportunities. These jobs range from a manager to a game analyst and the most famous i.e. streaming.

A lot of people over the world have been tuning in and hopping on to the E-sports wave that is starting to rise right now. The gaming industry might turn out to be one of the biggest sporting industries that have ever been.

In India, a lot of people led this revolution spreading awareness or rather laying the foundation of this industry. Indian Gaming teams have represented our flag on international levels on the E-sports front.

Many streamers made it big in this outburst and are now considered the face of the Indian E-sports Industry. Ankit V3nom Panth is one of these streamers who has also participated in many online tournaments.

Recently, he put out a video with the title “Giving up on life is not the solution” in which he tries to reach everyone interested in E-sports but are facing their own struggles.

In the video, Ankit mentions how he’s been receiving several messages from his fans who are enthusiastic to be a part of the E-sports community on a professional level but are facing a common problem.

They all talked about how their parents are against kids getting into gaming and how this pressure by their parents is making them feel like “ending everything”.

Ankit starts this video by saying, “Giving up on life is the easy way out and all of us are brutal, we don’t do that”. What Ankit tries to explain in his whole video is that pursuing a passion in life isn’t the easiest and to achieve your goal, you need to work hard for it and cross all the hurdles that come your way.

Working towards your Esports Goal

He explains further how everything that he achieved didn’t come to him in a couple of years but it took him more than a decade to reach where he is today. He tried DJing, Gymming, and even took help from his friends to earn the money to build the most basic of setups that he needed to play in a professional tournament.

V3nom concludes this video by saying that ditching academics and battling your parents to pursue your passion isn’t the right path to grow as a gamer or even a person.

Academics are the backup to your life and you never know what’s going to happen tomorrow. He then leaves the viewers with one last message which says that everyone needs to balance their life to prove to their parents or anyone unsure about you and your passion.

Ankit V3nom Path has always tried to spread awareness about what kind of opportunities the E-sports Industry holds and has successfully influenced a few parents to help their child to follow their passion.

Not only V3nom but other streamers have also tried to spread the word of how much potential gaming holds in the future but people who aspire to be gamers have been listening only to what they want to hear.

There are a ton of things that go behind what these successful gamers have achieved today and the only way they achieved that was their determination and their hard work.

Work Hard For Your Esports Dream

What these aspiring gamers fail to understand is that we are a country that only recently became independent.

Our country wasn’t particularly economically stable when our parents were younger.

Most of our parents have struggled their whole life to give us the life that we live today and all our parents wish is that we don’t face the struggle that they faced. This takes over their mind and that’s the only reason why they want their children to have stable employment like engineering or medicine.

The technological revolution has taken the world by a storm which didn’t let our parent’s generation to adapt to it and look at how there are other fields of life besides engineering and medicine.

We must help them adapt to this, to help them open their eyes to this new ecosystem that has been created.

The only way to do that is by working hard to prove that E-sports is what your heart lies in and how it could take you too far ahead from where you are now. 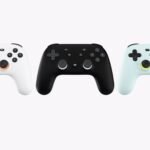 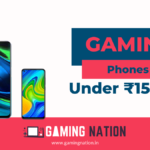